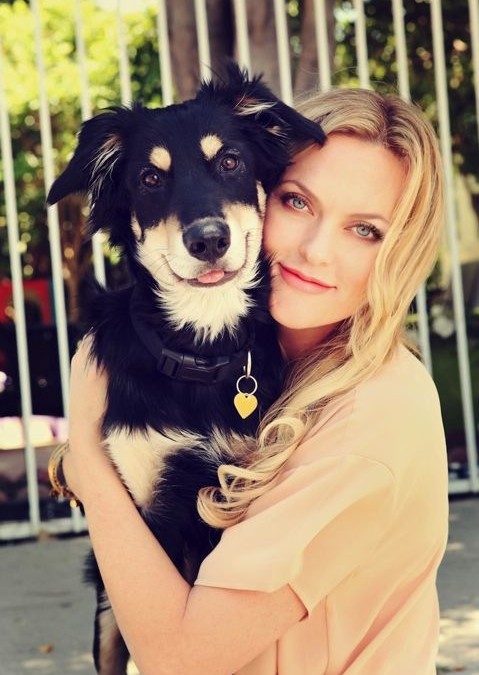 With a resume that includes over 100 film, television and stage credits, Elaine Hendrix is best known for her dynamic roles in such films as Disney’s The Parent Trap, SNL’s Superstar, the documentary sensation What the Bleep Do We Know? and the cult classic Romy & Michele’s High School Reunion. Her television projects include Two and a Half Men, Maron, The Mentalist, Criminal Minds, NCIS: Los Angeles, recurring roles on Mistresses, Anger Management, 90210 and two years on the critically acclaimed CBS series Joan of Arcadia.

Hendrix is currently starring opposite Denis Leary is the highly anticipated new FX series Sex&Drugs&Rock&Roll, scheduled to premiere July 2015. She plays ‘Ava’, long time girlfriend, backup singer and percussionist to Leary’s character ‘Johnny Rock.’ The show follows the dysfunctional relationships of a 90’s rock band desperate to try one last time for the fame and fortune they never quite achieved thanks to Leary’s self-destructing style of leadership.

In addition to her mainstream body of work, Hendrix has a notable list of diverse independent features. She received critical acclaim at the 2012 Austin Film Festival for her dramatic portrayal of “Patsy Wallrath” in the indie film Deep in the Heart. Hendrix has also appeared in an impressive list of films including Dear Lemon Lima, Spork, Hated, Good Intentions and the multi-award winning Coffee Date. Showing her reach as an actress, she made her New York theater debut in the summer of 2013 in the Off-Broadway play It’s Just Sex. She has also recently starred as “Blanche DuBois” in a regional production of A Streetcar Named Desire, directed by Tony®-nominated Randal Myler.

Hendrix’s greatest passion is the humane treatment of animals. She spends her time off- screen traveling with organizations around the world to rescue, lobby, educate and build new habitats on their behalf. Hendrix recently founded The Pet Matchmaker HARRT Foundation, an organization dedicated to rescuing animals and sharing their inspiring stories. ThePetMatchmaker website houses a wealth of useful information for pet adopters including ‘How To’ guides, local shelter and rescue listings, animal care advice, and articles written by pet enthusiasts. For her extensive work in this field, Hendrix received the Guardian Award at the National Animal Rights Conference, among numerous other awards and honors.

Originally from East Tennessee, Hendrix now lives in Los Angeles with her boyfriend, his two children, and their rescued companions: canines Ellie and Bixby, and felines Kimbo and Goodie Cornbread.

Be sure to visit ThePetMatchmaker!